The Ladislav Sutnar Faculty of Design and Art of the University of West Bohemia in Pilsen draws on the legacy of the Pilsen native and internationally renowned Czech-American designer Ladislav Sutnar. The faculty pays tribute to the life and work of this significant artist through the annual Ladislav Sutnar Prize, which is awarded to exceptional artists and art teachers from the Czech Republic and abroad.

The award is presented with the approval of Ladislav Sutnar’s son, Mr Radoslav L. Sutnar. Thank you!

The Ladislav Sutnar Prize is presented to living Czech and foreign artists for exceptional achievements in the field of visual arts, in particular applied art and design, and also for pedagogical work. The award can also be given to institutions whose programmes and activities support modern art and design.

Award candidates are nominated by the professional community and then selected by a jury made up of the members of the Artistic Board of the Ladislav Sutnar Faculty of Design and Art.

The award itself was designed by Petr Vogel and consists of four metal plates cut through by laser. The motif of the award refers to Ladislav Sutnar’s logo, transformed into a spatial object.

The City of Pilsen is the official partner the Ladislav Sutnar Prize. 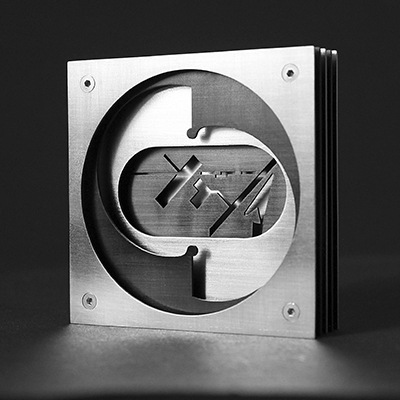 Nomination period: 1 May – 30 June 2022
Nomination submitting process: by sending the complete Nomination Form to the e-mail LSprize@fdu.zcu.cz
The Jury: members of the Arts Council of the Ladislav Sutnar Faculty of Design and Art, University of West Bohemia

Candidates can be nominated by professional public, both by physical persons and legal bodies. Nominations must be submitted in electronic form on the Nomination Form together with the obligatory explanation of reasons for nomination (max. 1 A4 page) by 30 June 2022.